Today we bring you a band that has never actually met and an invasion from Spain and Latin America.

First we bring the Freeze Tag Assassins. The band consists of Scott LePage, who you may know from Hades, Chris Biermann, and Steve Banks. As alluded to above, they have never met on another, the wonders of being able to record things and pass them along via the net. They are currently working on their debut album; in the meantime you can go to Reverb Nation and check out some of their tracks.

Since I also have a Spanish language podcast which can be found at FusionSonica.com, I have also included bands from Spain and a band from South America.

Raul L.R. lead guitarist of the band Marlenne. The band’s cover of Personal Jesus was video of the month not too long ago on Sol Music a 24 hour video channel that competes with the national version of MTV. The band is an interesting mix of hard rock bands of today like Nickelback, Alterbridge, Staind and Godsmack, with alternative bands from the 90s like Bush, and a hint of 80s with George Lynch influenced riffs.

Raul Galvan is lead singer and bass player of the three piece Emboque. Where to begin with this bands influences? Maiden, Zeppelin, Sabbath, Priest, Purple, Dream Theater, etc., etc. They’re known for throwing special shows where members of Spain’s rock royalty join them on stage to cover a lot of bands mentioned above. The following track is off of their latest album Voy A Por Ti, it features former Dream Theater keyboard player Derrick Sherinian.

Dani Perez is one of Spain’s premier drummers. His influences vary from Jazz to Death Metal, and it shows in his playing, which is atypical, and unique for the style of music he’s playing. He has formed part of internationally touring acts like Saratoga, Stravaganzza, Skizoo and now Khael. The latter is more than just a band with another “hot” singer. Dani and the rest of the members of the band help add their own ingredients to the mix to help separate the band from all of the other female fronted national acts.

Jorge Salan studied at Berkley, and has played with Mago De Oz (often considered the Spanish Dream Theater), is Jeff Scott Soto’s touring guitars, and has had people like Miguel Rios and Bob Daisley guest on his solo albums.

Here is a trailer for his DVD which includes some of the artists mentioned above:

Big Mario is the lead singer of Madrid’s Hell’s Fire. They’re a Spanish band whose hearts are well south of the South Of The Mason Dixon Line. The band is heavily influenced by Pantera, Black Label Society, and an assortment of southern rock and metal bands. They have added a second guitarist and are currently working on the follow up to their debut album Eleven Roads To Hell. Here is a video off of said album called The Chosen One.

They also decided to cover one of my all time favorite Anthrax tracks, Inside Out, so I’ll throw that in here too!

JL one of two guitarists in Wayne, they are a band that I have always pegged as Spain’s Gojira. The reason I mention this is I feel they could easily be one of the reference points when it comes to harder edged music from Spain. Their unique texturing and mixing of various styles and influences gives them a sonic approach that has yet to be duplicated in the Iberian Peninsula, and many parts of the world for that matter.

Here is a lo-fi video I shot of them a while back at one of their shows.

David Gonzalez is lead guitarist of Spanish Stoner band Face The Void. A band that goes out of its way to pay homage to the bands that have influenced them, you can notice this in their music, and when covering Kyuss’ Green Machine and Down’s Lifer. They do the later so perfectly that if you close your eyes you’ll think you’re watching Down live!

Go to their Facebook page to check out tracks from their EP I Have Betrayed Me.

Gonzalo Leiva Palacios is the drummer of the Chilean band Encrucijada (cross roads in English). What an interesting choice of names since they mix everything from Dream Theater, and Iron Maiden to Motley Crue. Here is a video of them playing at a Chilean festival.

Fakyea is labeled as the metal site by and for metal fans. It is one of the premier metal sites in Spain, and also helps promote shows across the country. Their founder/editor Fer Fakyea will be offering his services to the “big project”. To check out Fakyea and all they have to offer, go to Fakyea.com.

Jandro Storm is the drumming behind the Spanish alt-rock band Storms To Come. He is also an outspoken contributor to my site FusionSonica.com. He does everything from criticize band reunions; bash certain trends, and from time to time, defend Lars Ulrich! Jandro speaks his mind regardless of what’s trendy or not. Here is a video by Storms To Come

David Lozano is guitarist of Cantabrian powerhouses Propaganda. The band has infected the minds of their fans with their brand of propaganda (pardon the pun) with their lyrics. Their shows are always packed, and full of energy. Rumor has it they’re working on new material.

Here is a video of them at Salcedo Rock ’09, you can actually see me for less than half a second at the beginning of the clip.

Angel Rubin is the ex lead singer of Adgar, and has just recently joined La Hermandad. He is a powerhouse, and is known for having some of the best pipes in all of Spain. La Hermandad is working on new material with Angel, which should be out shortly. In the meantime, here is a bootleg video from a recent show: 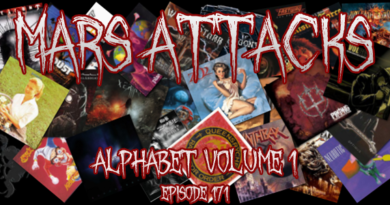 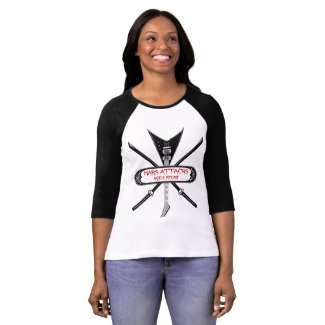