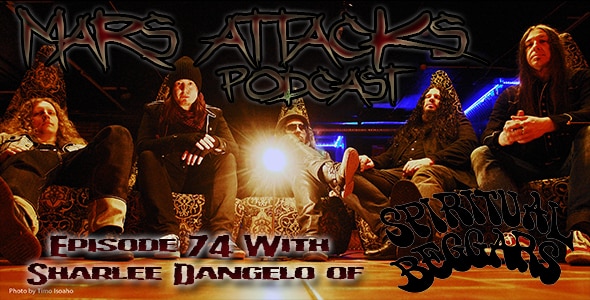 Iceman Bass as his signature model, and all of the usual questions about what dream line up he would select to play a festival with Spiritual Beggars.

Sharlee will also be taking part in the Classic Albums Column, in fact he will comment on the next edition, as well as an album by a band that he once played with.

Support the bands you love, if you like any of the tracks featured, help support the band and the podcast buy clicking on the following links to purchase songs by the bands in question:

If you prefer the CD version they can be purchased here from Amazon.