Episode 125 focuses on Twisted Sister’s Stay Hungry. The podcast contains some of the usual suspects that have joined us during the sixth year celebration, Alan Tecchio of Level Fields, the guys from Corners Of Sanctuary, Dave Reffett, Josh Christian of Toxik, Stu Marshall and Jeff Martin of Blasted To Static, shredder Joe Stump, fellow New Yorker Ross The Boss of Death Dealer, Jon Schaffer of Iced Earth, former Dee Snider pen pal Gene Hoglan, Jason McMaster of Broken Teeth, Carl Canedy of The Rods, from the Howard Stern Show, Iced Earth, Death and Charred Walls Of The Damned Richard Christy, metal historian Martin Popoff is also along for the ride, as are Mitch Lafon from One On One with Mitch Lafon, and Roch from Radioactive Metal, among others.

We are also extremely gracious that John Katic of Iron City Rocks has provided us with comments that the late A.J. Pero made regarding Stay Hungry.

You will find the podcast at the bottom of this post. You will also find links to the album on Spotify, or you can purchase the album from here.

Ron “Bumblefoot” Thal – These guys were local NY heroes, me and all my friends had Under the Blade and You Can’t Stop Rock N’ Roll, we were all in our kid bands and looked up to them. When Stay Hungry came out – man they just took off, it was great. They brought metal anthems to MTV, they changed things.

Dave Starr – It always amazed me that these guys just seemed to give up when they were on top of the world.

Jon Leon – This album ruled my life when I was a little kid. Dee Schneider nailed the rebellion I felt with were not gonna take it and I wanna rock. Burn in hell just rules and every song rocks. A true album of rebellion and fuck you to authority.

Metal Mike – Twisted Sister was one of my favorite bands when I was growing up and I bought an enormous poster for my wall in the clearance bin for $5. I mean this thing was big. My parents probably had a heart attack when they saw this put up – especially with all the makeup and guys running around in pink tights. But, hey – I though Dee Snider has a cool sound to his voice.

Erik Kluiber – Not a bad song on the record. One of the best live bands I’ve ever seen and they must have been 45+ years old.

Jim Florentine – Great album. Not their best. Gave them the exposure they deserved.

JL – We’re Not Gonna Take It was the theme song of a famous rock show in Spain. As a result, I have the song engraved in my memory!

Will Carroll – My first introduction to TS. A solid album from beginning to end with some seriously heavy tunes such as “Burn In Hell”, “Captain Howdy” and “The Beast”. Their last good release but in my opinion not their best. That would be Under The Blade, masterpiece. A few years back TS decided to rerecord Stay Hungry under the title Still Hungry. A terrible idea but isn’t that always the case with re-recordings?

Bruce Moore – Growing up on Long Island these guys were a staple of my formative years. I had been listening to them for years but Stay Hungry really blew the doors of commercial metal scene. While there were some extremely poppy tunes on here the lesser known songs like, ‘Burn In Hell’, ‘Captain Howdy’ and ‘Street Justice’ might very well be some of the best Twisted Sister tunes ever. This is another disc I still revisit often.

Patrick Kennison – I was a huge TS fan as a kid. We’re not gonna take it was one of the first solos I learned. It was so easy I thought “Yeah, I think I can play in a band one day”. 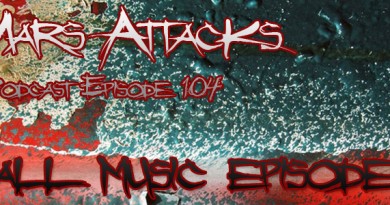 April 17, 2015 marsaries Comments Off on Podcast Episode 104 – Music Based Episode 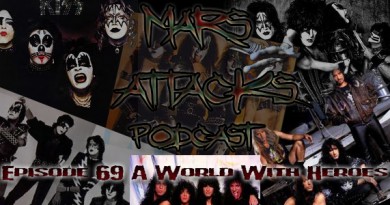 Podcast Episode 69 – A World With Heroes

March 23, 2013 marsaries Comments Off on Podcast Episode 69 – A World With Heroes 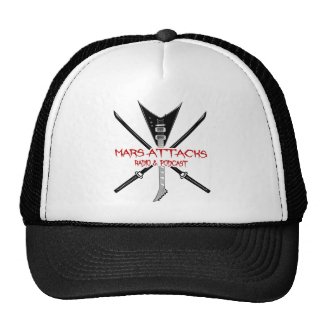