You will find the podcast at the bottom of this post. You will also find links to the album on Spotify, or you can purchase the album from here.

Ron “Bumblefoot” Thal – They started getting deep with III, but with IV they were really there. So fucking there. This album, the ones preceding, Houses, all could each easily be considered one of the best rock albums of all time.

Greg Prato – Without a doubt one of rock’s all-time great albums. There’s always debates as to whether Zeppelin was heavy metal or not. I’d like to set the record straight…THEY WERE! You can’t say that such tunes as “Black Dog,” “Four Sticks,” and “When the Levee Breaks” aren’t as heavy as what Sabbath, Deep Purple, and Alice Cooper were doing at the time. Although Zep is one of my all-time favorite bands, it’s strange – they are SO overplayed on US rock radio, that it’s easy to get burnt out on them. But I was able to correct this problem once and for all – I stopped listening to US rock radio entirely, and instantly, I could enjoy and listen to Zep once more! Hooray!

Dave Starr – The first time I heard Stairway to Heaven…. I was mesmerized!

Jon Leon – Just as good as rock albums with diversity and dynamics will ever get.So much has been said. They started something with the first album that influenced so much….this album solidified Zeppelin as the all time great rock band ever. To think Houses of the Holy and Physical Graffiti were yet to come just shows how damn one off and good this band was. From the heavy riffs and sexy hook of Black Dog to Bonhams drums at the heaviest on When the Levee breaks(my fave on the album) there is no weak moment. Every song is a classic.

Ron Scalzo – My Dad was a big Beatles fan, big into Billy Joel, but I remember him only have one accessible Led Zeppelin album and that was IV, an iconic album of my childhood. “Black Dog,” “Rock N’ Roll” and “Stairway” were constantly on in my house, as my Dad used to make mixes of his favorite tunes on tape reels and play them on his reel-to-reel machine. Amazing how far we’ve come. I wouldn’t grow to truly appreciate Zeppelin’s entire catalog until much later in my life, but I was always a huge fan of the band merely because of my love for this album. Between this and The Beatles, I couldn’t ask for a better soundtrack to my youth.

Phil Rind – Led Zeppelin are the Kings of Rock. They are awesome at everything they do.

James J. LaRue – This makes me think of scenes out of “Dazed and Confused”. To me, all the Zep stuff is a testament to a bygone era. Something that survived those days and serves as a time capsule. It’s one of the few albums that was popular with almost everyone in my highschool, regardless of clique. I’ve got a young friend Jerry Garcia from bonded, who has those runes tattooed on his arm. This album was before my time but waaay before his, yet it continues to catch on with new fans all the time.

Jim Florentine – Too many hits on this album. Give me Presence over this album any day.

Raul Galvan – I sincerely have to declare that this is not my favorite Zeppelin album, that distinction goes to (Led Zeppelin) II. Although this album contains possibly the most beautiful song of all time.

JL – I think the majority of Zeppelin fans divide themselves between choosing IV and Physical Graffiti as their favorite album by the band. An enigmatic cover, and riffs like Black Dog, Rock And Roll, etc. that will be played for decades to come. Although I don’t think there will be another drummer like John Bonham.

Sean Bryant – My parents always had an incredible taste in music. Fortunately for my brother and I were brought up with a varied collection of music. However, the staples were generally Led Zeppelin and the Beatles. They still have great taste, however sometimes my dad surprises me with some bullshit cookies cutter shit he picked up on watching t.v. TURN IT OFF!!

Bat – An amazing album by a slightly overrated band, don’t get me wrong I love Zepp, have all their albums but people need to calm down.

Patrick Kennison – My older sister always cranked this on the turntable when I was probably in diapers. I consider this the holy grail of badass rock.

You can check the album out on Spotify, or pick it up here. 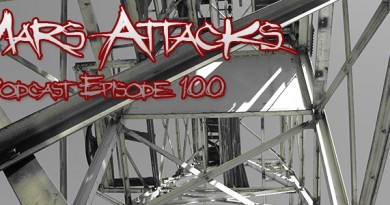 February 5, 2015 marsaries Comments Off on Podcast Episode 100 – All Music 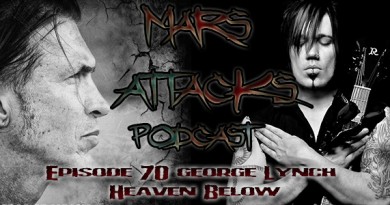