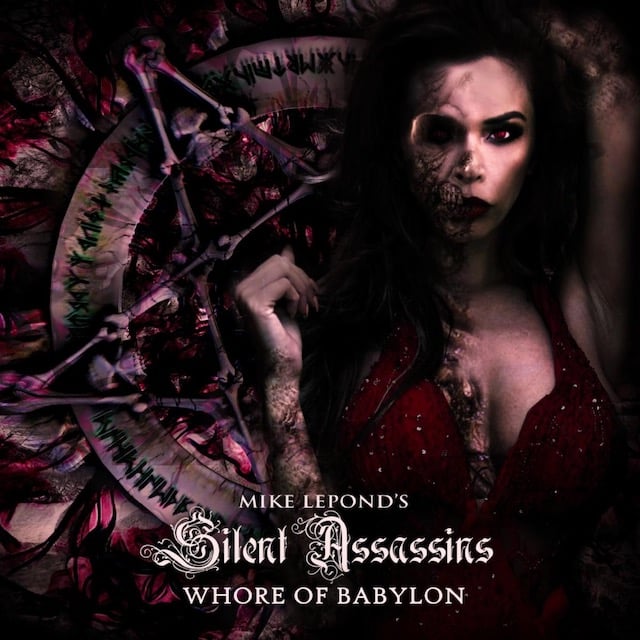 I recently got to interview Mike LePond for my Mars Attacks Podcast. We discussed this, his third solo album under the Mike LePond’s Silent Assasins name. He is one of the busiest people in all of metal. Let’s see Symphony X, Ross The Boss, Deadrisen, guesting on a Donnie Vie album among others. This week it was announced that he’s joined Ross The Boss in Death Dealer, so the LePond train doesn’t stop rolling!

This album mixes classic heavy metal, with some aspects that would be closer associated to pagan or folk metal. The lyrical themes are all based on things that have happened throughout history. Like the first two albums by the band, it features Alan Tecchio on vocals. LePond handles the bass and rhythm guitars, while lead guitar duties are split between Lance Barnewold and DeadRisen main man Rod Rivera. LePond’s Symphony X cohort Michael Romeo does appear, but it’s actually not playing guitar.

If you like the first two releases by Silent Assassins, this album is a must have. If you’re a fan of old school heavy metal in the vein of 80s Maiden, Priest, Helloween or Dio, this might be worth you checking out.

Check out the video for the track “Ides Of March” by Mike LePond’s Silent Assassins:

Scott “Wino” Weinrich really needs no introduction. Aside from his solo work, bands like St. Vitus, and The Obsessed jump out at you from his resume. That’s without mentioning his work on Dave Grohl’s Probot album, the super-group Shrinebuilder. Or his involvement in the first Nativity In Black tribute album to Black Sabbath. On that album he was part of the Bullring Brummies, which also featured Geezer Butler, Bill Ward, Rob Halford, and former Fight guitarist Brian Tilse.

This is his third full length studio album under the Wino moniker, the first since 2010’s Adrift. He’s released several splits, and collaborations since then under the Wino name. He even took time to appear on Talking Metal last May. The collaborations I reference above come in the form of albums with Conny Ochs. This album actually revisits four songs off of the Wino & Conny Ochs albums.

This is mostly him and his acoustic guitar, with a few other elements thrown in along the way. If you’re into Adrift or the Wino & Conny Ochs albums this is right up your alley. If you’re looking for full on doom metal in the spirit of St. Vitus or The Obsessed, then be forewarned, you won’t find it here. The album wraps up with a cover of Joy Division’s “Isolation”, the only track to include any sort of drums. Jean-Paul Gaster of Clutch handles the percussion on the track.

Here’s the video for the track “Lavender And Sage” by Wino:

This is the late Chester Bennington’s band before Linkin Park. This was something that he had intended on working on before taking his life. Given this, and the Mark Morton album in which Chester appeared on, it seemed as if he longed for playing heavier music after all of this time. Given that Grey Daze catalogue is mostly unknown, the band has decided to re-record all of their parts, and layer Chester’s remastered vocals over top.

Check out the video for the track Sickness:

Asking Alexandria – Like A House On Fire European Release

Falconer – From A Dying Ember

Goblins Blade – Of Angels And Snakes