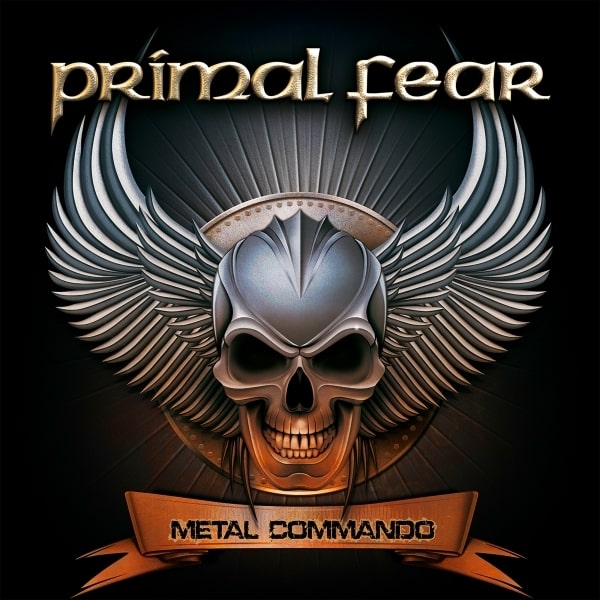 Metal Commando is dripping in Primal Fear goodness. This is the band’s 13th release, their first since 2018’s Apocalypse. The band has really found its stride over the years and separated it self from other pretenders. What I mean by that it that while other bands have conformed to always putting out the same album over and over again, Primal Fear seem to always try and give you something slightly different every time. In other words, they give you a reason to check out each new release.

Look at exactly what that entails, especially given the fact that they’ve never taken more than three years between albums. In most cases they’re releasing a new album every one to two years. Take into consideration all of the work Mat Sinner and Magnus Karlsson do outside of the band if you really want to blow your mind.

This is the band’s 13th studio album, their first with Gamma Ray drummer Michael Ehre. If you’re a fan of the band, you know what to expect, detuning ala BLS or latter day Europe, mixed with the anthems, and drive of Judas Priest or Accept. They aren’t reinventing the wheel, but they’re sure made it a fun album to listen to. If you’re a fan of the band, or any of the other bands I’ve compared them to, check this album out.

Check out the Primal Fear track “I Am Alive” off of Metal Commando here:

I’ve known about Valkyrie since their inception, around the time it was considered Pete Adams of Baroness’ other band. Initially they were pushed into the doom/stoner corner of hard rock and metal. But the band, much like Adams’ former band, has evolved into more of a hard rock band adding progressive elements along the way. Much like Mastodon and Baroness are often compared, you could easily compare Valkyrie to The Sword. As both bands have evolved over the years, and for those willing to listen in, will notice their more than just a doom band.

The brothers Jake and Pete Adams share guitar and vocal duties, while the rhythm section has changed over the years, they have been the one constant in the band’s lineup. They have always done a great job at mixing huge, catchy riffs with great over the top melodies. That is ever so present on this new album, and will satisfy anyone looking to check out some good hard rock that heavily influenced by 70s hard rock. If you’re a fan of The Sword, Monster Magnet, or similar, this may be worth your wild to check out.

Check out “Feeling So Low” by Valkyrie off of Fear:

You’re reading this and saying, wait wasn’t this album featured before? Yes it was, but due to the current pandemic the release dates of several albums have been shifted around. This album was pushed back from June 5th to June 19th, then July 10th, and finally July 24th. Believe me, all of these release dates have been used when discussing the album on other sites.

Haken is arguably the biggest prog metal band out of the UK. This is the band’s sixth full-length album, it is a continuation of the band 2018’s release Vector. The breadcrumbs for Virus where laid out during the recording of that aforementioned album. So a lot of the ideas began to take shape two years ago. The album’s title has nothing to do with COVID19, as they planned to use it way back when.

What stands out to me with this album is its stark contrasts, they bring the heaviness they’re known for. But Virus is a very dynamic album, filled with contrasts to that heaviness. Often times that’s provided by lead singer Ross Jennings voice, other times it’s musical intricacies the band has presented on the album. They’re always compared to Dream Theater. But, what prog metal band isn’t?

If you sit back and really dissect what they’re doing, the band tunes down, and uses seven strings to their advantage. Sure Petrucci and company have done this in the past. But Haken’s musical structure is closer to Devin Townsend or Periphery. No wonder they have enlisted Adam “Nolly” Getgood to work on the album, he’s probably best known for working with both bands in the past.

The “Messiah Complex” off of Virus is being labeled their “Metropolis”. Fans and critics alike are pointing to the five tracks that make up the “Messiah Complex” as possibly the best thing the band has ever released. This album is a must have for die-hard (as if there was any doubt), or anyone looking to get into the band.

Here’s Haken with “Invasion” off of Virus:

Let Us Prey – Virtues Of The Vicious