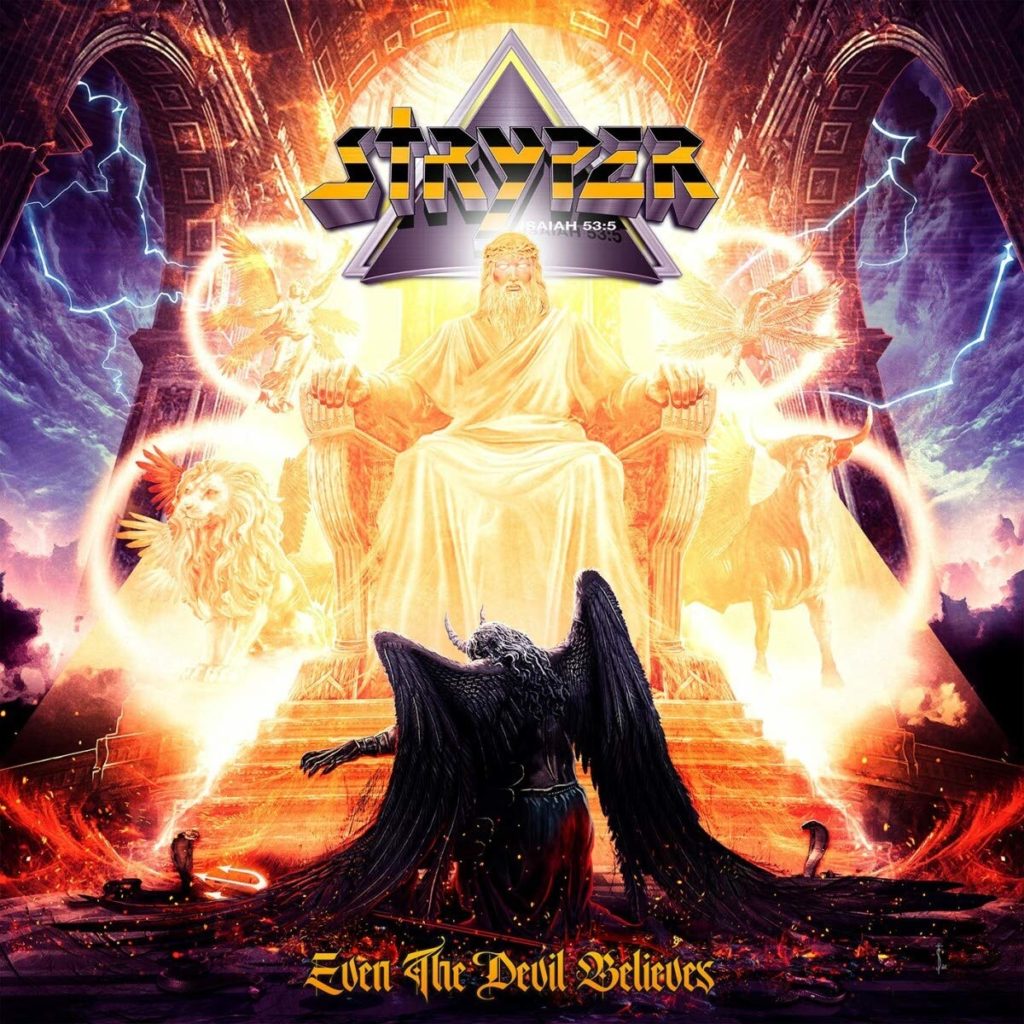 Stryper – Even The Devil Believes

This is album number 13 for the band, their first with their bassist Terry Richardson. Stryper has a die-hard fan base, they have followed the band regardless of the colors they sport. The songs they cover, tuning or any other changes that may have come along the way. Stryper has figured out how to keep things going with their melodies, riffs, and everything else that keeps their fans coming back for more.

If you’re a fan of the band, chances are you’ll be picking this one up. If you’ve never been a fan, or don’t like their message, you probably won’t bother with it. And that’s fine, they know exactly what their fan base likes, and they play to it.

Here’s Stryper with “Blood From Above” from Even The Devil Believes:

Here’s another one of Phil Anselmo’s projects. He’s obviously known for Pantera, and projects like Superjoint and Down. Each one of them has been completely different. En Minor is yet again different from everything else. Some have labeled it gothic other shoegaze, it’s definitely downtrodden.

Like what I mentioned about Stryper, Anselmo’s fans are rabid, it’s as if you either love him or hate him. Those that can’t get enough will gobble this up, regardless of it not being full on metal, hardcore or doom. While others will completely avoid it, because they really don’t care for him to begin with.

Here is En Minor with “Mausoleums”:

Code Orange – Under the Skin

The Pittsburgh band has released one of my favorite albums of the year Underneath. It is diverse from top to bottom, and shows that the band is much more than a one trick pony. This live acoustic album continues to show how the band can evolve.

During the pandemic they have performed two different shows, a full blown live show the Friday the world went to hell. And then this unplugged show that demonstrates that they grew up listening to various forms of music. Thus their cover of Alice In Chains “Down In A Hole” garnered a ton of praise from all of the the metal sites. If you wanted to get that cover, and check out more of that show, you can now do so with Under The Skin.

Check out Code Orange with their cover of the Alice In Chains classic “Down In A Hole”:

Simon Collins, Phil’s multi-instrument playing son is releasing Becoming Human today. Phil Collins is obviously the lead singer, and drummer of Genesis, a hugely successful band. Stepping out from behind your parent’s shadow, especially in the entertainment industry can be daunting. You’ve had artists that have been totally against being mentioned in the same breath as their famous parent. And you have Simon Collins who seems to not shy away from being Phil’s son.

Simon has always steered more towards the prog, and experimental side of the spectrum. Of course you can say Genesis have traversed over these waters as well, but Simon’s approach is throws in aspects of industrial power houses like Nine Inch Nails.

If you’re looking for anything remotely sounding like Genesis, this won’t be for you. If you’re familiar with Simon’s work, this is an evolution of his past work, mixing aspects of 80s synth-wave, industrial and prog. If any of that sounds good to you, than it may be worth your wild to check out.

Here’s Simmon Collins with “The Universe Inside Of Me”:

I first heard of Cobra Spell when Sonia Anubis announced she was leaving Burning Witches. My initial thought was what a mistake, Dance With The Devil is such a strong album, that it made no sense to me. But at the time she was practically the last person the join the band. As a result she probably had little to no input in the band’s music. Something she probably has in Cobra Spell.

This EP is a throwback to 80s hard rock, it isn’t as heavy as Burning Witches. But Sonia Anubis also joined Crypta which is a flat out death metal band. So, she’s touching on all kinds of metal. This is a fun throwback, and there is no substitute for being happy. Which we all hope Sonia currently is.

Rising Steel – Fight Them All

All Them Witches – Nothing As The Ideal

Hell In The Club – Hell Of Fame

Perfect Plan – Time For A Miracle

Helloween – Straight Out Of Hell Reissue

Emperor – Wrath Of The Tyrant Reissue

Article by Victor M. Ruiz of Mars Attacks Radio & Podcast, and Galaxy Of Geeks Podcast.  Connect with him on Twitter:  @vmr907i