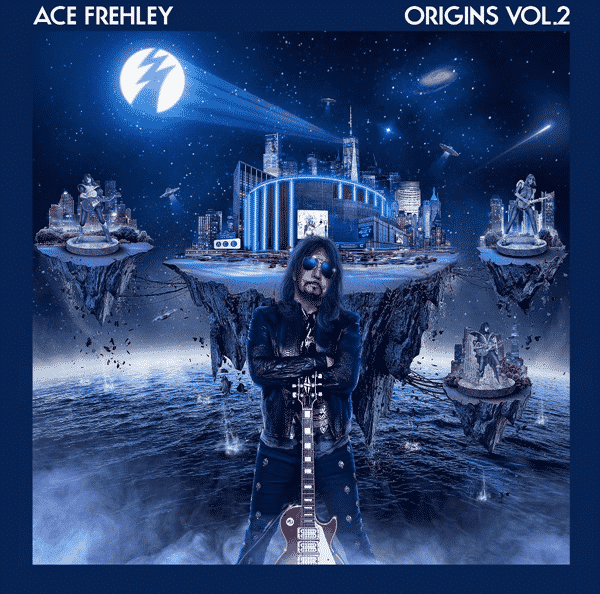 This is Ace’s second all covers album. Like Origins Vol. 1, this release is full of guest appearances. Returning are John 5 and Lita Ford, with Cheap Trick’s Robin Zander and former Kiss guitarist Bruce Kulick lending their talents to one of Ace’s albums for the first time.

Some of these tracks are left overs from the first Origins, like Deep Purple’s “Space Truckin”, while the majority of the album was recorded after Ace’s last album Spaceman. The album closes out with this current band covering the Kiss classic “She”.

Napalm Death – Throes Of Joy In The Jaws Of Defeatism

Regardless of the lineup, Napalm Death has always counted on their die-hard following. Throes Of Joy In The Jaws Of Defeatism is their sixteenth studio album, it is their first since Apex Predator – Easy Meat. Given that they do have such a hardcore following, this is a must have for any fan of the band.

Check out “Amoral” off of Napalm Death’s latest album Throes Of Joy In The Jaws Of Defeatism:

I previously posted about the release of Metal City. This Raven’s 14th studio album, their first since 2015’s ExtermiNation. The highly influential band rose through the ranks of NWOBHM, and have sustained their popularity over the years and making their mark countless bands.

The album is on par with what the band has released over the years. The Gallagher brothers have always delivered some quality material, mixed in with other tracks that are just ok. They aren’t doing anything new or unexpected on Metal City. That may not be a bad thing, as it just might fit the bill for their fans.

Check out the title track to Raven’s Metal City here:

Derek has been the go to guy for so many great bands. He’s been with Dream Theater, Billy Idol, Kiss, and most recently Sons Of Apollo and Black Country Communion. This is his eighth solo album, his first since 2011’s Oceana.

The album is full of collaborations, drummer extraordinaire Simon Philips plays throughout, as well as guest spots from Joe Bonamassa, Steve Vai, Zakk Wylde, Kiko Loureiro, Ron ‘Bumblefoot’ Thal, Billy Sheehan, Tony Franklin, Jimmy Johnson. The album sees Sherinian navigate several styles of music. No two tracks are alike as he adapts his playing to the composition, and the guest that may appear on each individual track.

Check out the track “Them Changes” off of The Phoenix by Derek Sherinian:

Heathen – Empire Of The Blind

Heathen first got together in 1984, and released their first album Breaking The Silence back in 1987. Guitarist Lee Altus is the only member to have persevered all these years with the band. This is the band’s fourth album overall, their first since 2009’s The Evolution Of Chaos.

The album’s lyrics are influenced by today’s headlines. But, they are transformed into telling a unique story about the down of an empire or country. The album is oozing in the thrash goodness you’ve know the band for all these years.

They may not release a lot of material, it is a case of quality over quantity. Empire Of The Blind is no different, if follows a bunch of other stellar thrash albums released this year.

Check out the title track off of Heathen’s Empire Of The Blind here:

Movements – No Good Left To Give

Behemoth – And The Forests Dream Eternally

Be’lakor – Of Breath And Bone