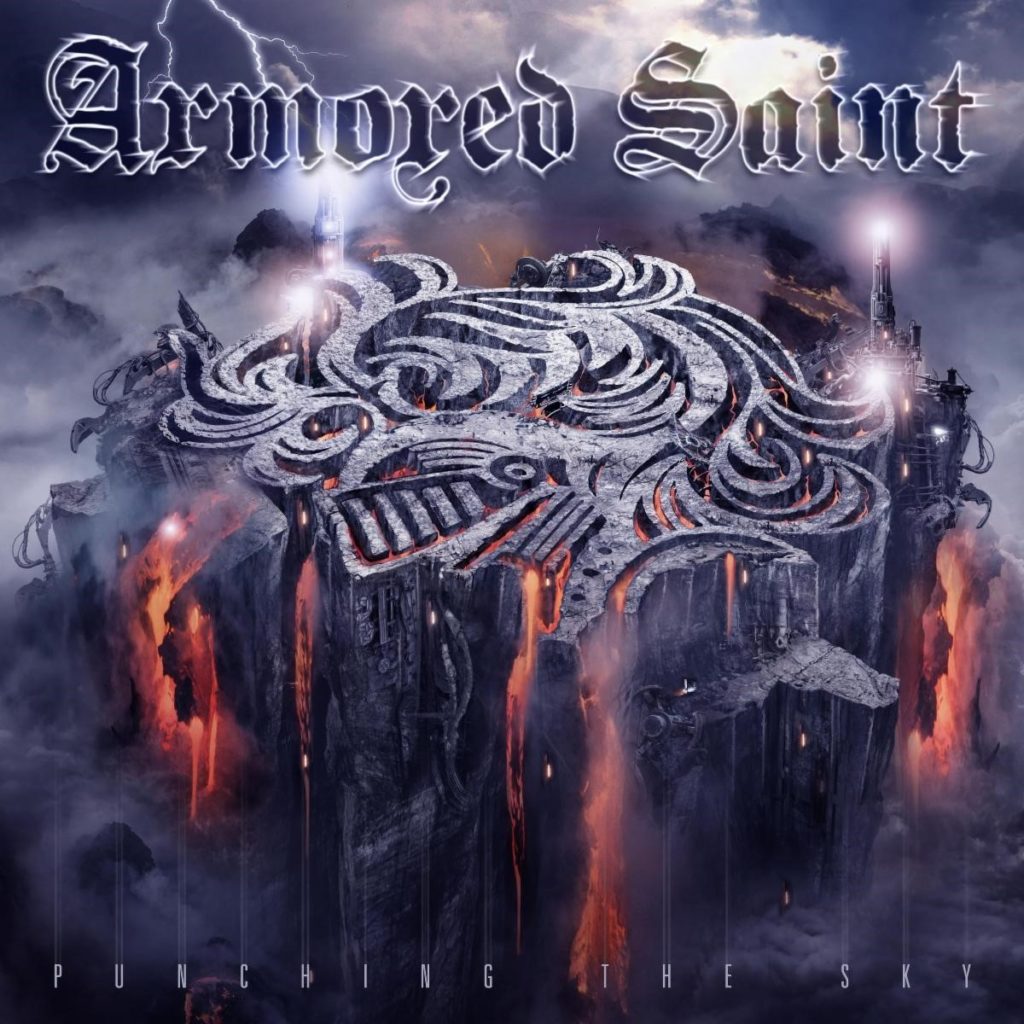 NEW ALBUMS FROM ARMORED SAINT, SEVENDUST AND VESSEL OF LIGHT

I am not going to lie, this is one of my favorite albums to be released this year. Call me a mark, or what have you, but Armored Saint never disappoints. No two albums by the band are exactly alike. And that’s exactly what I want from essentially any band that I’m heavily invested in.

If you’ve followed me, you know how albums like Redeemer Of Souls and Book Of Souls where big let downs for me. Bands that I idolize, resorting to just copying things from their past. And unfortunately the masses will follow and gobble it up regardless of how unimaginative or uninspired something may be. Paint by numbers releases where a band tries to reproduce “hits” from their past, which are never as good as the originals that helped propel their legend.

Then you have an album like a Firepower come along, something that Priest should have been doing all along, and people marvel at its greatness.

As a result, I was really scared to listen to Punching The Sky. I liked Win Hands Down so much, I didn’t want to be let down and hear the band unleash “Can U Deliver Again” or “Another Reign Of Fire”.

As I told both John and Joey in recent episodes, “I’m an asshole, when has this band ever let you down?”. But until I received confirmation, I was sure as shit hesitant.

This album still gives me goosebumps when I listen to it. It has been a very long time since an album has done that to me on the first listen.

“Standing On The Shoulders Of Giants” opens the album, and the close to seven minute track does it to me almost every time. As does “Lone Wolf” which is so different to anything they’ve done previously, but has so much Armored Saint DNA coursing through it, that it just feels familiar and fits right in. “Unfair” is another track that gets me with each listen. It is a song that just makes you emote all kinds of feelings.

But wait, it doesn’t stop there! There isn’t a weak link on the album, it is truly great start to finish, and for me, it is an instant classic. If you’re a casual fan of the band, this is a must have. If you’ve never listened to the band, and want an introduction into their greatness. This is also the album for you.

Here’s Armored Saint with “Missile To Gun” off of Punching The Sky:

Check out Armored Saint’s Punching The Sky on Spotify here:

Blood And Stone is Sevendust’s thirteenth studio album. It is their first since 2018’s All I See Is War. I have never looked at them to reinvent the wheel, they’re good at what they do. But for a long time, it’s just felt like the fire and passion that has gone into their music was only there in spurts.

Sure they always put out that kick-ass single that get’s me fired up and thinking, they’re back. Only to listen to the album and backpedal faster than Clarence Willams III as Kalinga. I like everything they’ve put out, don’t get me wrong they’ve never released a bad album. But after albums like Animosity, and Home, every other release has always left me wanting more.

There was something about the band’s angst that combined with their signature melodies and grooves that got me hooked back in the day. But I’ve felt like they become comfortable, and lost a bit of their edge. I’m sure a die-hard would dispute that, but it’s been a long time since one of their albums as a whole connected with me.

Blood & Stone is a return to form, in the sense that the angst, and desperation that was lost is back. Perhaps being cooped up, and not being able to perform live, one of their strong suits, has something to do with that? But, it adds a dimension to their music, an edge that was missing to me as a listener.

I have always found good in everything they’ve released. My Sevendust playlist has several songs off of each album, this will be no different. They have a die-hard following around the world that will be picking this album up today, if they haven’t pre-ordered it already.

If you’ve never listened to the band, this may be a good album to check out, before doing a deep dive and checkout their entire catalog.

Here’s Sevendust with “Dying To Live” off of Blood & Stone:

Dan Lorenzo and Vessel Of Light are friends, and supporters of what I’ve been doing here, almost from the get go. As I’ve said before, anytime I can help promote his bands, I’m more than happy to do so.

Vessel Of Light have been churning out music 70s style. Their self-titled EP was released in 2017, and since then they have been releasing full length albums on a yearly basis.

Consider the fact that 2019’s They Serpent Rise saw the band become a four piece. Up until then it was Lorenzo and Nathan Opposition doing essentially everything. Although Thy Serpent Rise is a good album, Last Ride feels like they have actually become a band.

Again, not saying that anything they’re released is bad by any stretch of the imagination. It is just that Last Ride sees them jell, and take things to another level.

Dan has cultivated a following due to his years with Hades, Non-Fiction, and The Cursed. Fans of those bands will love this release.

Here’s Vessel of Light with the title track off of Last Ride:

Check out Vessel Of Lights’s Last Ride on Bandcamp:

HammerFall – Live! Against The World