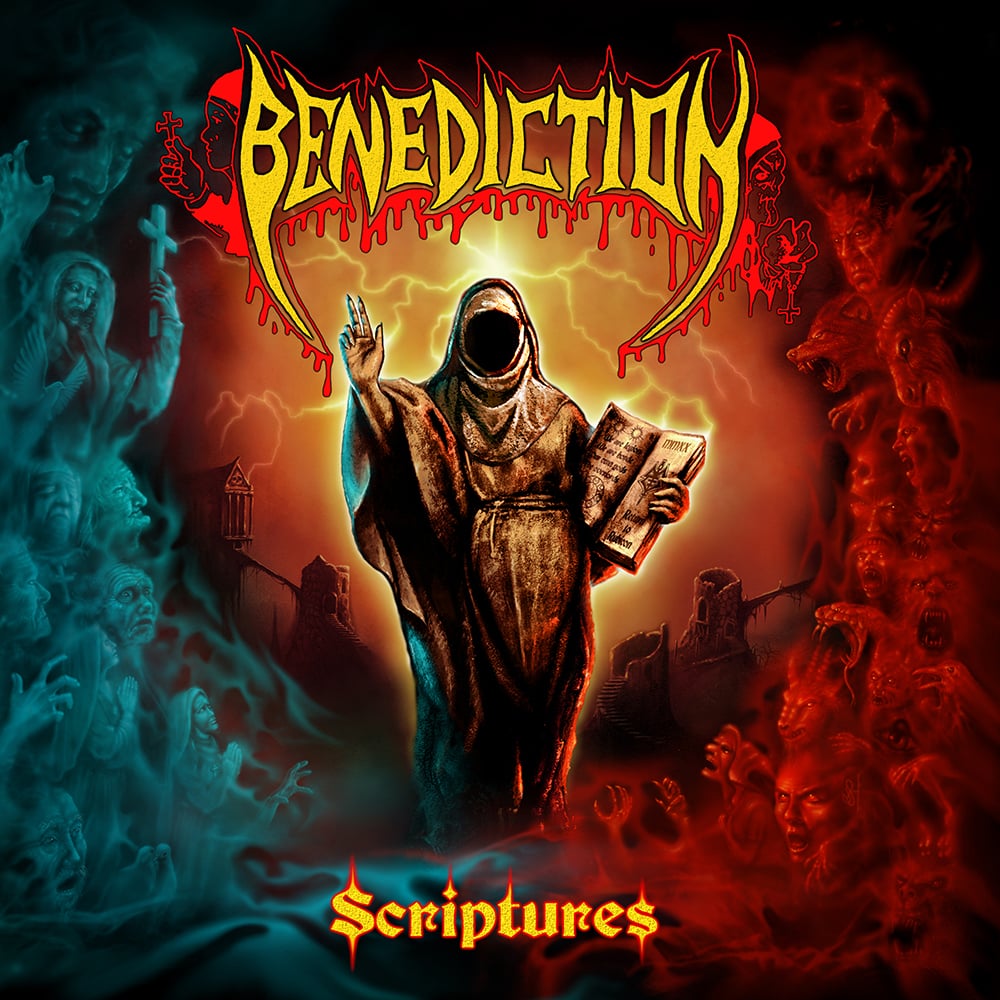 Benediction is a legendary band from Birmingham England. I know, another one? Black Sabbath, Judas Priest, Led Zeppelin, and a ton more, another reason why Birmingham is more metal than your city!

Scriptures is the band’s first first album since 2008. It is the first to feature friend of the show, and former White Wizzard drummer Giovanni Durst. It was produced by Scott Atkins at Grindstone Studio in England.

This album is like the perfect storm. It sees the return of David Ingram to the band after 21 years. A new rhythm section consisting of bassist Dan Bate who was in Monument and Omicida with Durst, that seem to have added new blood to the band.

Adding these three to the mix looks to have helped guitarists Darren Brookes and Peter Rew find the fountain of youth.

This album is already being heralded as an instant classic. There is tons of new death metal landing in my inbox everyday, but very few albums are celebrated right out of the gates like Scriptures. To a lot of faithful, this is their first release to be on par with the material they released in the early 90s.

Check out “Rabid Carnality” by Benediction off of Scriptures.

Check out Scriptures by Benediction on Spotify

The band has been able to channel metal bands from the 70s, 80s and 90s in their music. But they’re also infusing folk/americana into the album as well. They aren’t a band that shows their limitations because they’re only two members. They’re a band that leaves you scratching your head as to why they actually only have two members.

If you haven’t heard the band before, check out the playlist below.

Check out “Screaming From Beyond” by Spirit Adrift off of Enlightened In Eternity.

Check out Enlightened In Eternity by Spirit Adrift on Spotify

The Damned – The Rockfield Files [EP]

Havok – Time Is Up Vinyl

Def Leppard – Hysteria at the O2