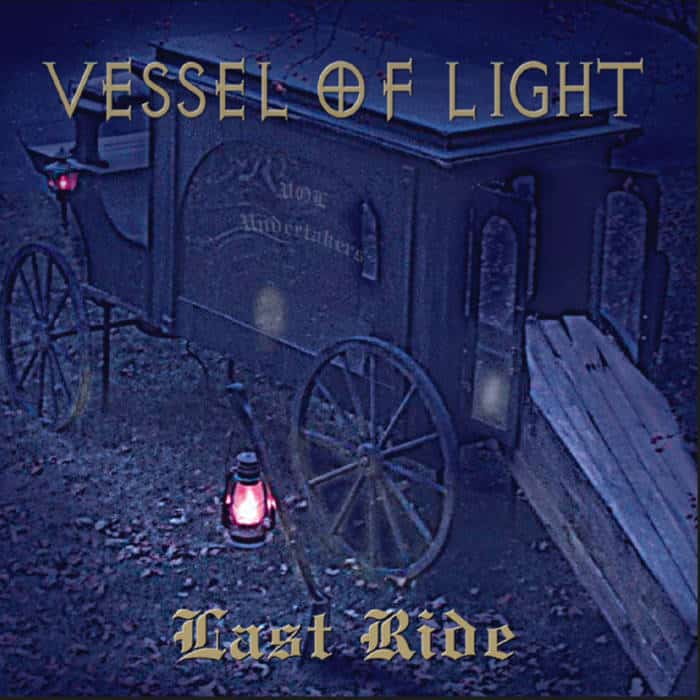 Friend of the podcast Dan Lorenzo and his band Vessel Of Light will be releasing their new album Last Ride later this month. You can now pre-order the album on CD, cassette or digital download.

Check out the video for the title track off of Vessel Of Light’s upcoming release Last Ride here, viewer discretion advised:

You also can stream the title track off of Vessel Of Light’s latest album Last Ride:

You can hear snippets off all ten tracks off of Last Ride here.

About Vessel Of Light:

About three years ago Dan Lorenzo (founding member of Hades and Non-Fiction) first came upon the Ancient VVisdom video for their song “The Opposition”. Lorenzo became obsessed with the song and reached out to Ancient VVisdom’s Nathan Opposition.

The duo eventually decided to work on writing new music together and Lorenzo drove to Cleveland to have what would become the first ever Vessel Of Light rehearsal. A month later Lorenzo was back in Cleveland, and he and Opposition recorded 7 songs in one day. Those recordings became the first Vessel Of Light EP on Italy’s Argonauta Records in November of 2017.

Writing and recording with Opposition rekindled Lorenzo’s love of music as he had taken a decade off from writing after releasing The Cursed Room Full of Sinners with Overkill’s Bobby Blitz in 2007. The two quickly started writing a follow up to their debut. In September of 2018 Woodshed was released digitally, on vinyl and CD on Argonauta.

Just as the debut, Opposition handled all drums and vocals while Lorenzo played all the guitars and bass. Woodshed was released to stellar reviews and the respect of their peers. Sirius/XM played the single “Son of Man“ and Overkill’s Bobby Blitz played “Son of Man” five times during his one week take-over on Liquid Metal stating that Lorenzo was one of his favorite guitarists and Vessel Of Light one of his favorite new bands.

Opposition and Lorenzo decided it was time to turn Vessel Of Light into more than just a studio act and on September 28th, 2018 they played their first ever show to a sold out crowd at The Bowery Ballroom in NYC opening for Life Of Agony and Silvertomb. They recruited former Overkill drummer Ron Lipnicki and former Hades bassist Jimmy Schulman for the performance.

Although the four had never been on the same stage together (let alone the same room), the show went off as if they’d been playing together for years. After the show went off without a hitch Lorenzo asked Opposition if Lipnicki and Schulman should be utilized to record the third VOL album and Opposition replied with an emphatic “Hell yeah!”. The band did a run of shows in May 2019 culminating in a performance at The New England Stoner and Doom Festival in Connecticut.

You can pre-order Last Ride on CD and cassette here.