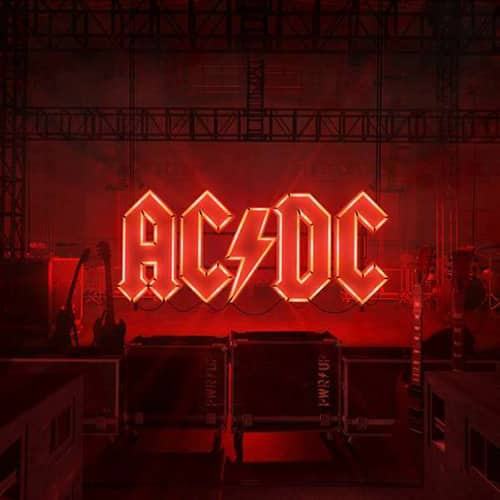 AC/DC is one of the biggest bands of all time. There is no way anyone can dispute that claim given all of the stadium shows they were putting on before the pandemic. They have a huge following around the world regardless of who is on drums, vocals, or even guitar.

Make no mistake about it, Malcolm Young is one of the most important guitarists in rock history. Brian Johnson is one of the most identifiable voices to ever grace your speakers. But to the casual fan, they know neither of these names. They just want to hear the hits, and the band happens to have a long list of songs that would fall under this category.

So it is no surprise that when the rumors started floating about that the band was recording what would end up being Power Up, fans rejoiced everywhere. When the pictures started leaking, people just went berzerk. For months people were asking if the pictures were real and who was in the band.

The last few albums by AC/DC honestly left me kind of cold. They weren’t bad but weren’t anything special either. Sure they aren’t going to start using double bass in their music, but if the melodies are off, and if the riffs sound kind of stale, then it kind of losses me.

Power Up sees the band release a much more focused album. It was done in the memory of Malcolm Young, taking pieces of musical ideas he had left behind. Couple that with the return of Brian Johnson, who seems to have regained his fire, and really had something to prove.

Will this take the place of Back In Black or even Razors Edge? I doubt it, nor does it have to. Power Up has enough firepower of its own to excite even the most casual fan of the band. Hopefully, album number 17 isn’t the last by the band, especially given how well this album turned out.

Here is AC/DC with “Shot In The Dark” off of Power Up:

Check out AC/DC’s Power Up here on Spotify:


You can pick up the latest album by AC/DC, Power Up here on Amazon. They’re also releasing a deluxe version of the album as well. Remember that we’re Amazon Affiliates and get a small percentage of any sale we send their way.

This is the second full-length album by Phil Campbell and The Bastard Sons. The first being 2018’s The Age Of Absurdity. Old habits die hard, and Phil has continued the pace set by his old band Motorhead, releasing something new almost every year. Case in point, last year’s solo album Old Lions Still Roar.

As much as Lemmy was the focal point of Motorhead, there is no way the band could have continuously cranked out new music, memorable new music without Phil, and Mikkey Dee for that matter. This album further proves what an important part of Motorhead Phil actually was.

Does this sound like Motorhead? Yes and no, Neil Starr’s vocals are totally different from Lemmy, which allows the band to open things up a bit. It definitely sounds like Phil, and gives you insight into what he offered the Rock N Roll Hall Of Fame band since the 80s.

You can listen to this album, then go back and spin Orgasmatron, Sacrifice, or 1916 and realize exactly how important Phil was to the band. We’re The Bastards is unapologetic blues-based hard rock. It isn’t breaking new ground but really doesn’t have to. This is a feel-good album that you want to crank up while driving, or hanging out throwing back some pints.

Sometimes that’s all you need!

Check out the video for “Son Of A Gun” coming off of Phil Campbell and The Bastard Sons’ latest release We’re The Bastards here:

Check out We’re The Bastards by Phil Campbell and The Bastard Sons on Spotify here:

Do us a solid by picking the album up using our Amazon links. You don’t pay anything more, but we get a small kickback for sending you their way.

We’ve all heard about the fracture in the L.A. Guns camp. There is the Tracii Guns, Phil Lewis band. And the Steve Riley, Kelly Nichols version of the band. This is the latter’s first album. They’ve been releasing videos over the course of the last few months, and we now have the full-length album Renegades.

A lot of people are going into this feeling the need to decide which version of the band is the real band. So they’re automatically hating on one version or the other. But this album will surprise those that give it a chance.

Sure people will say “Phil Lewis is the voice of L.A. Guns”. He of course sung on all of the classic tracks most recognize. But for the die-hards, they know he isn’t the only singer to ever front the band.

Kurt Frohlich does a great job on vocals, and rhythm guitar. He is no slouch, and if anything is one of the stronger aspects of the album. Possibly the only thing missing is the fire Tracii Guns, or Stevie Blades offered after him. The guitar playing isn’t bad, it’s just missing that one gear to push it into overdrive.

As a huge fan of the band, I recommend others check this album out.

Check out All That You Are off of L.A. Guns latest release Renegades here:

Listen to Renegades by L.A. Guns on Spotify below:

If you’re in the U.S. looking to pick the album up, you can do so here. If you’re outside of the U.S. feel free to use the Amazon links that work best for you.

Harlott – Detritus Of The Final Age