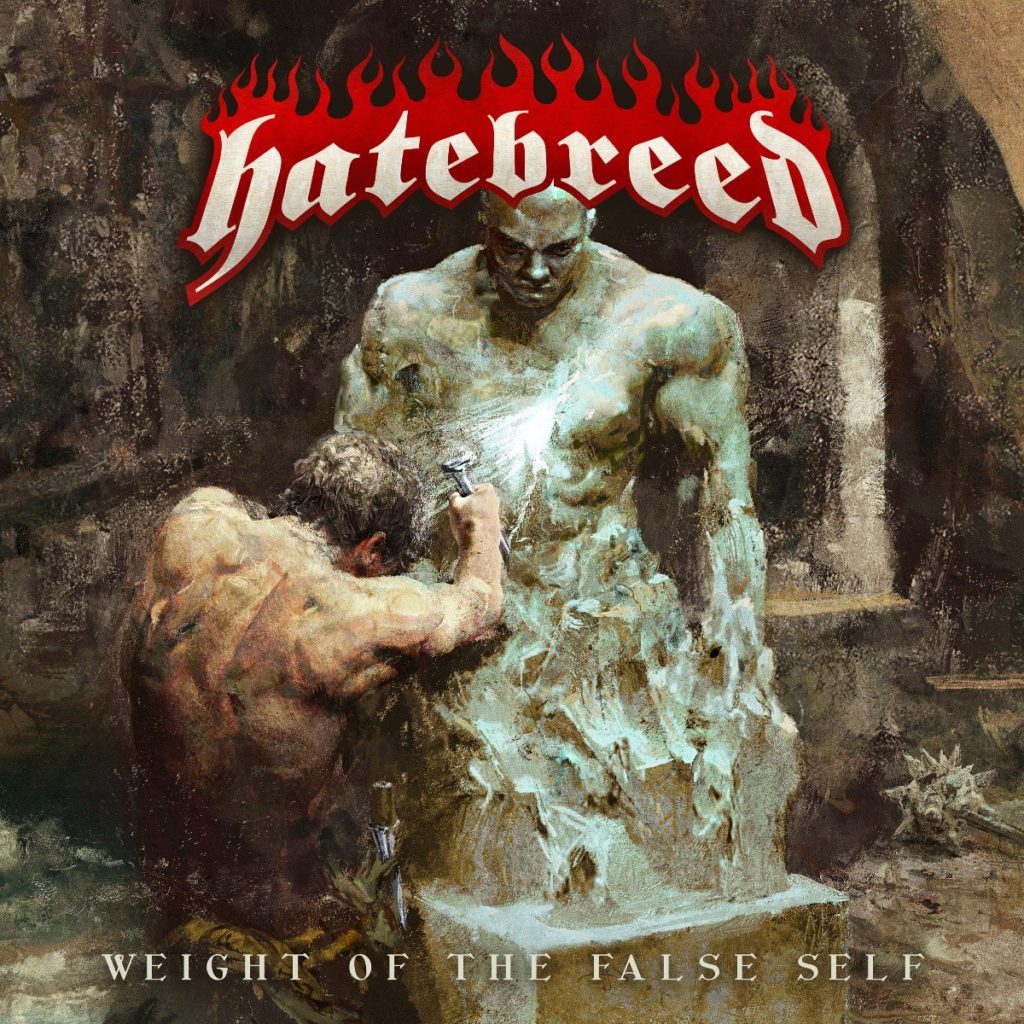 Hatebreed – Weight Of The False Self

Hatebreed announced earlier this year it was announced that Hatebreed would hold off on releasing their eighth studio album Weight Of The False Self. They had been holding out hope that the pandemic would subside and would look to release the album once they could properly promote it. Back in September news came out that the album would be coming out, as they couldn’t hold on to it longer.

You aren’t going to be surprised by a new Hatebreed album, because Hatebreed is Hatebreed. The band hasn’t strayed too far from the formula that first got them to the dance in the mid to late 90s. Even For The Lions, their covers album sounds like them. If you play it for someone that’s never heard the band’s music before, I can guarantee they wouldn’t know they aren’t originals.

This album will get die-hard moshing at their home, in lieu of any shows. Those folks will not be disappointed. For those that thought that maybe this album would see them evolve, and add prog elements, well you’ll just have to wait on that.

Check out the video for “Instinctive (Slaughterlust)” off of Hatebreed’s latest album Weight Of The False Self:

What to hear Weight Of The False Self by Hatebreed before picking it up? Take a listen to the album below:

If you want to pick up Hatebreed’s Weight Of The False Self, or any of the album featured today, please help us out and use our Amazon links. We receive a small commission for every qualifying purchase we send their way. With no additional cost to you the buyer.

Anyone that is going into this album thinking “please let this be Mellon Collie And The Infinite Sadness part 2″, is once again either out of touch or lost track of the band a very long time ago. The fact of the matter, Billy Corgan has always evolved, for better or for worse. He’s never made the same album twice.

You look back at the aforementioned Mellon Collie And The Infinite Sadness, it is Smashing Pumpkins’ biggest success to date. What did they release as a follow-up? Adore, how close were those two albums related? With each subsequent follow up, Smashing Pumpkins has gone in one direction or another, not following the same exact course twice.

This is by far the band’s most pop-orientated album. A lot of artists have felt the impact of Kyle Dixon’s Stranger Things soundtrack. That album’s synth-wave retro 80s throwback sound. Since its release back in 2016 a lot of bands have sprouted up putting their own interpretation on this 80s influenced sound.

Others, like Smashing Pumpkins, have taken inspiration from this album to make put their own spin on things. They’ve revisited the era that influenced Dixon, but instead of releasing straight up dark and creepy synth music like others. They have focused on 80 pop instead.

This double album isn’t for everyone, most of the die-hard will love it. But I can see how a lot will be turned away due to the chances the band has taken on the album. People don’t realize that although Corgan has been great at crafting alternative rock, acoustic pieces, infused electronic elements, or just straight-up hard rock, there has always been melody and a pop sensibility to his music. Cyr should not surprise most people that have followed Smashing Pumpkins’ career closely.

Here’s “In Ashes” off of Smashing Pumpkins latest album Cyr. This video is the fourth part of an animated series:

Check out the album Cyr by Smashing Pumpkins on Spotify:

If you’re looking to pick up Cyr by Smashing Pumpkins, please use our Amazon links. Being that we’re Amazon affiliates we get a small percentage of qualifying purchases we send their way. If you are outside of the U.S. you’ll find links to Amazon stores from around the world here.

OTHER RELEASES THAT MAY INTEREST YOU

Oreamnos – Into The Night

Horse The Band – Your Fault EP

Corey Taylor/Dead Boys – All This And More 12″ Vinyl

My Chemical Romance – Live On The Murder Vinyl

Masters of Reality – Sunrise on the Suffer Bus Vinyl

Shadows Fall – Of One Blood Vinyl

Diamond Head – Lightning To The Nations 2020

Walking Papers – The Light Below Vinyl