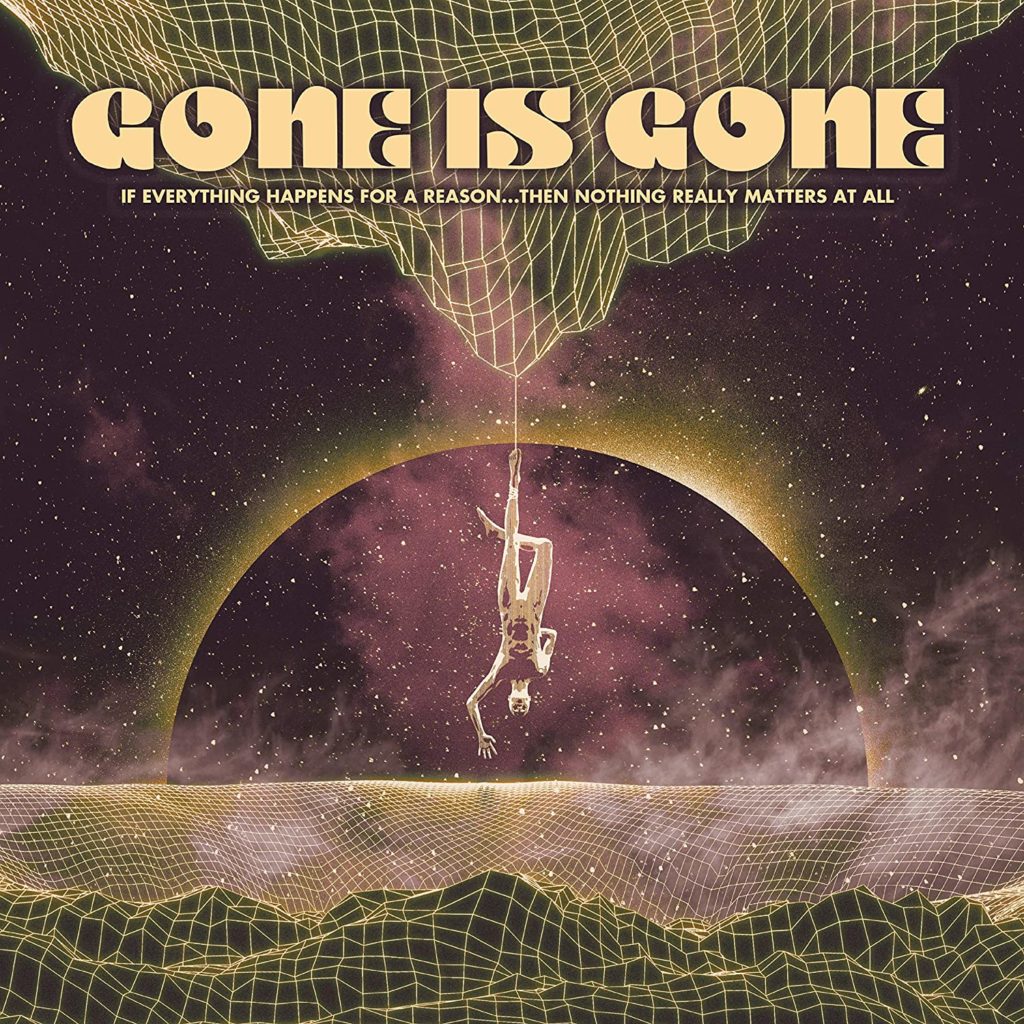 This is Gone Is Gone’s third release, their first since 2016’s Echolocation. I really enjoyed the band’s self-titled EP, it was the sum of all parts, you could really feel the influence from each of the players. And how those players help make their main band’s great.

But Echolocation kind of lost me, it was very mellow, and have very little heaviness to it. If Everything Happens For A Reason…Then Nothing Really Matters At All follows this pattern, it is a very mellow, laid back album. But at the same time, it is very complex and layered.

I get what they’re trying to do, and make this a separate animal from their “day jobs”. As much as I liked hearing Troy Sander’s of Mastodon’s voice, and Troy Van Leeuwen’s playing in Queens Of The Stone Age, they have other things to offer. I’m the first to back up a band for wanting to do something different. After all who wants to eat the same food all the time?

Making music is no different, who wants to play the same thing all the time if you don’t have to?

Check out “Dream Of Death” by Gone Is Gone:

Want to check the new Gone Is Gone album out before picking it up? You can sample it below:


You can pick up the new Gone Is Gone album If Everything Happens For A Reason…Then Nothing Really Matters At All on Amazon. Just know that the site is an Amazon Affiliate and that we receive a small commission for every qualifying purchase made using our links. If you are outside of the U.S. you can use the links found on this page.

The Irish band Gama Bomb have been going at it for close to two decades. They’ve been delivering their brand of metal since 2002 to be exact. I had the pleasure of interviewing their lead singer Philly Byrne a few years back. Unfortunately, technical difficulties kept me from releasing the interview. The connection wasn’t very good, and we tried to connect several times to no avail.

In any event, if you’re a fan of Gama Bomb, you know more or less what to expect. The band plays fast, they inject humor into what they do without being a comedy act, and are one of the retro thrash bands from the last decade to really stick it out. And with good reason, they consistently churn out good music and put on a great live show. What’s there not to like?

Looking for your fix of thrash this week? I would definitely recommend Sea Savage by Gama Bomb.

Check out the video for “Miami Supercops” by Gama Bomb, off of the album Sea Savage:

Check out the new album by Gama Bomb before picking it up:


You can pick up the new Gama Bomb album Sea Savage from here.

March In Arms – Pulse Of The Daring

The Deviant – Rotting Dreams Of Carrion

The Advent Equation – Remnants Of Oblivion

Can’t Swim – Someone Who Isn’t Me

Soilwork – A Whisp Of The Atlantic EP