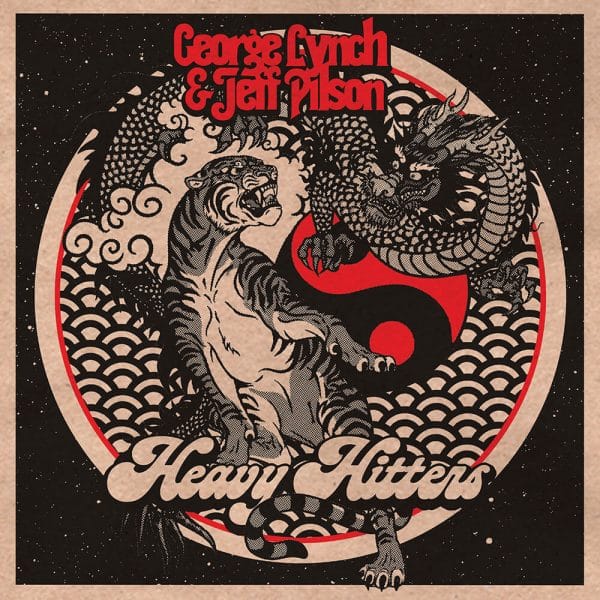 Ever wonder what it would sound like to have former Dokken members Jeff Pilson and George Lynch cover Duran Duran, Prince, Oasis, and a bunch of other pop songs? Well, wonder no more as they’ve just put out Heavy Hitters.

I’m sure there are a few big Lynch fans that clamor for anything he releases. He’s consistent if nothing else, releasing a ton of new material every year.

Although Trent and Atticus have made a plethora of soundtracks over the years, this is the first time they’re tackling a Pixar movie. This soundtrack is made up of pieces of music that backup the characters as they traverse the soul world. If you’re a fan of their soundtrack work, this is a must-have for your collection.

Here is the track “Lost” off of the Soul (Original Motion Picture Soundtrack) by Trent Reznor And Atticus Ross:

The former Dillinger Escape Plan lead singer has released a video and audio album that is made up of ten live songs and five new studio tracks. He just put out a stellar album with Killer Be Killed and seems to have followed suit with his solo outing as well.

Check out “Evacuation” by Greg Puciato off of Fuck Content.

This is a concept album that is chalked full of guest vocalists. It is the band’s 15th album overall and follows the prog metal groundwork they broke back in 1989.

Here is Royal Hunt with the track “The Art Of Dying” featuring Mats Leven off of Dystopia.

Here is a Polish heavy metal band that has consistently released material on an almost yearly basis. This EP consists of 6 tracks.

You can check the track Perceval off of Ad Mortem Festinamus below.

Between The Buried And Me – Colors

Lords Of The Lost – Fears

Iggy & The Stooges – From KO To Chaos

Bring Me The Horizon – Live At The Royal Alber Hall

A Sound Of Thunder – Parallel Eternity

Beyond The Black – W:O:A Acoustic CLash – The Lockdown Sessions