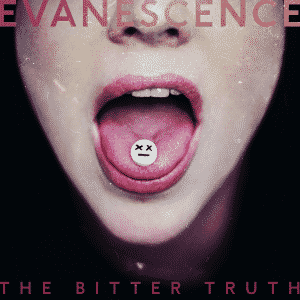 EVANESCENCE RETURN WITH A NEW ALBUM

Evanescence is a band that helped change hard rock and metal with their first album The Fallen. You can pinpoint Amy Lee’s voice, her playing or songwriting, the combination of male and female vocals, or a myriad of other things. But the band has been consistent over the years regardless of the lineup.

Lee, like so many other leaders of bands, has known how to surround herself with great players over the years. The Bitter Truth is the first with Jen Majura on guitar. The uber-talented guitarist can shred with the best of them and brings yet another ingredient to what the band offers.

Reviewers are calling this album a return to form by the band.  Or a return to their breakout album Fallen. This to me is such a lazy comparison, given that a lot has changed since then. And if you have actually followed what the band has done, the foundation has pretty much always been there. But they’ve slowly evolved with each album.

A more accurate assessment would be that they’ve matured over time. They tinkered quite a bit with Synthesis and planted some seeds that they have now harvested on The Bitter Truth. They experimented quite a bit on Synthesis, converting some of their classics into something else. Adding elements that have carried over to this album.

I get it, when you have the singer as a focal piece in a band, you’re always going to harken back to what brought them to the dance. But the reality of things is you didn’t have a lot of electronic elements, arrangements, or even heaviness on The Fallen that is extremely present on this new album The Bitter Truth.

On a side note, I had always been a casual fan of the band, till I saw them absolutely mop up the floor at a festival years ago. While other bands kind of went through the motions, they obliterated everyone else. They brought energy, and although Lee talked about her voice not being quite there, she definitely stood out with her performance, as did the rest of the band.

If you’re a fan of the band you’re going to pick this up, because the four lead-in singles have done enough to pique your interest. If you don’t get them, then this isn’t going to change your mind. But I truly think you’re missing out on a solid album.

Here’s Evanescence with “Use My Voice”:

I named my youngest son after Adrian Smith. I’m a huge fan of his and know what a monster player Richie Kotzen is. When this project was announced, I was thrilled. I love essentially everything Adrian has done in and out of Iron Maiden. But man does this album fall flat for me.

I know I’m in the minority here, because most of my die-hard Patrons have been saying how much they love the lead in singles to the album. But this is very reminiscent of other supergroups like Chickenfoot and Black Country Communion. Monster players, but bland safe music.

I’ve often talked about how much I like the California Breed album. Why you ask? Because it feels a bit on the edge, the combination of melody, groove, and Andrew Watt’s playing puts it over the top. The one unknown ingredient (at the time), shines because there doesn’t seem to be any hang-ups in his playing. He also seems to have a whole lot to prove, because he was essentially filling in for Joe Bonamassa. Add Joe and you have 75% of BCC.

Why did Stevie Ray Vaughn excite me as a player back in the day? Because there was that edge to him, that dangerousness to his playing which bordered on a lot of different things, and ultimately influenced all kinds of rock and blues players.

Richie has been labeled as one of these next-level players for years. And he has a huge devoted following, and whether I’m a fan or not, it irks me that people love him in Whinery Dogs, due to his association with Mike Portnoy. But now he’s all of a sudden he’s former Poison guitarist Richie Kotzen. Is that supposed to be a shot at him or this project? This stand from the metal elite to say “ok this project is cool, it has Portnoy, we have to love it automatically and this one isn’t cool so we’ll now bring up Poison, which we haven’t brought up the association in years, if ever”.

My reason for not getting into this album is that it just feels bland to me. It’s paint by numbers inflated blues-rock that personally does nothing for me. Their soloing on this album is great, that can’t be denied. But you have to wade through the rest of a song to get to the best part. By that time, I’m ready to move on and try the next one to see if it somehow grabs me. But it just never does.

A lot of people I know, or read, have bagged Steve Harris for his band, British Lion. A lot of these same people are for some reason lapping this album up. Something I don’t exactly get, both are ok, but leave me wanting to hear more of both Harris and Smith’s greatness, which I think is sorely missed.

In my opinion, neither of them has come close to doing anything like Bruce Dickinson, and his solo work. Everyone of his albums is good to great. And that’s without mentioning that Accident Of Birth, Chemical Wedding, are classic metal albums that everyone should own.

Again, I’m in the minority here, and a ton of people will check this out and say WTF is he yammering about? This is just my opinion, and fully expect die-hard Maiden fans to give this album a fair shake before forming their own opinion.

I’d honestly reach for The Dead Daisies’ recent release Holy Ground over this album if I’m looking for blues-based hard rock with a little more of an edge and Glenn Hughe’s undisputed swagger.

This is a band that I’ve been following for some time. They’re hard rock, they’re heavy metal, they’re a stoner band, and everything in between. At the end of the day, they’re just entertaining to me.

They probably fall under the “new to me” category for a lot of people, which is why I wanted to feature them here. Earthrise does not disappoint and follows what the band has been doing all along. Which is just offer up great hard rock and metal.

Here is The Quill with “Dwarf Planet”:

HERE ARE SOME OTHER ALBUMS THAT DROP TODAY

Suzi Quatro – The Devil In Me

The Juliana Theory – A Dream Away

As Everything Unfolds – Within Each Lies The Other

Greenleaf – Echoes From A Mass

Memoriam – To The End

Stepson – Help Me, Help You

Band Of Spice – By The Corner Of Tomorrow

Havok – Point Of No Return Vinyl

Support the site, and the bands you love by picking up any one of these albums using our Amazon Affiliate links. Go here to find out more!