Aniruddh “Andrew” Bansal is someone that I haven’t spoken to in quite some time. He’s toured the U.S. with bands like Warbringer and Enforcer as their tour manager. He’s taken what he does with Metal Assault further, become a concert promoter, and launched his own label. Recently, Metal Assault Records has released World On Fire by Sea Of Snakes and will be releasing (among other things) King Gizzard & The Lizard Wizard’s Live In London ’19.

You can preorder the King Gizzard & The Lizard Wizard album here, it drops next month on Metal Assault Records: 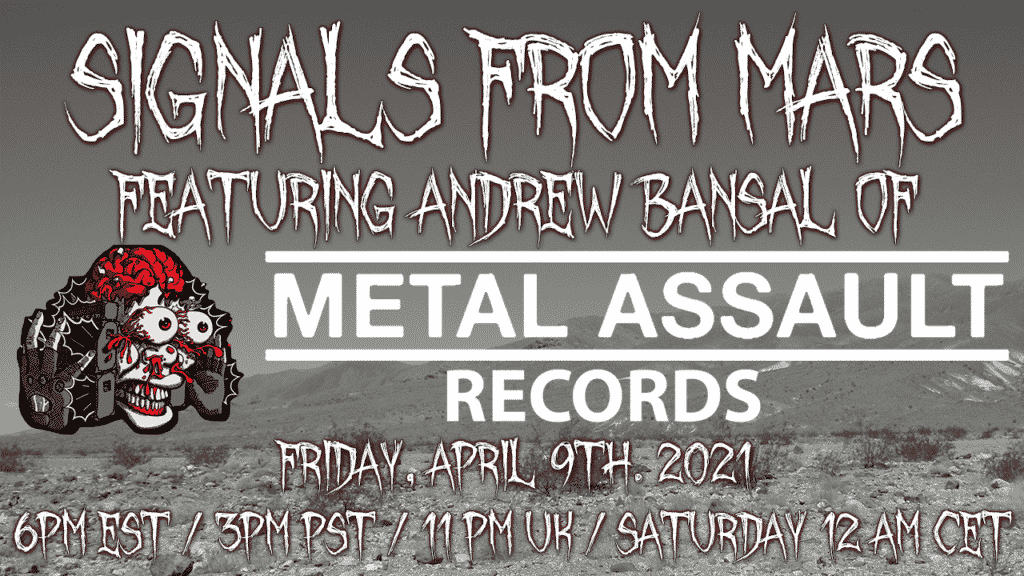 You can check out the video version of this episode of Signals From Mars here.

Join us live every Friday at 6 PM EST / 3 PM PST / 11 PM in the UK and Midnight Friday going into Saturday CET. It broadcasts simultaneously on Facebook, YouTube, Twitch, and Periscope.

CHECK OUT EVERYTHING METAL ASSAULT RECORDS HAS TO OFFER HERE