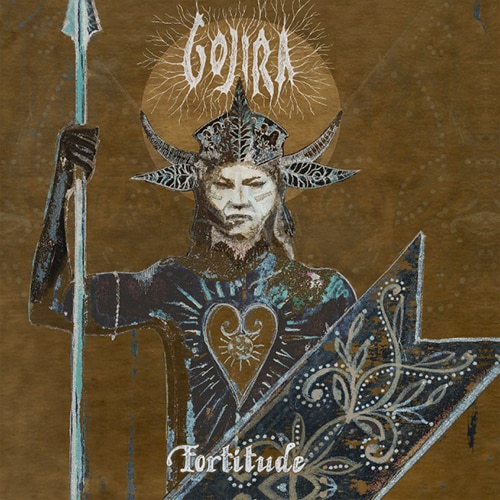 GOJIRA RETURN WITH THEIR MOST DIVERSE ALBUM YET

Gojira has finally released their long-awaited seventh album Fortitude. The band has truly come a long way since their 2001’s debut Terra Incognita. They are in an enviable position where sites that usually don’t post about metal pick their album out to crap on or give a crappy score. Or you have the treatment from the “underground” sites grouping them with Mastodon, Opeth, and others, where fans and reviewer feel that the band has sold out or is no longer metal enough. Again, “Amazonia” will be battling it out with Cardi B’s “Up” on the charts right?

That’s the bitch of becoming a big band in metal, it always has been. When the die-hards or underground fans have to share you, well then you’ve sold out. I started hearing this nonsense with their previous album Magma. But for the most part fans, and reviewers alike have accepted what the band is trying to do here.

Gojira has never shied away from change, and they’ve never been heavy for the sake of being heavy. Every move/note has always been calculated, planned out, and the compositions if listened to with an open mind have always made sense.

Fortitude is a true musical journey, whether it’s them taking chances with “Amazonia”, “Hold On” or “The Chant”. Or swinging back the other way the flat-out heaviness of tracks like “Born For On Thing”, “Sphinx” or the closer “Grind”. Fortitude reminds me of albums that I grew up with where each song sounded different.  I always bring this up, no one gave bands like Led Zeppelin, or Black Sabbath a blueprint and told them “every song has to sound like this or it’s not a rock record”. Much like purists will say this isn’t heavy enough to fit their predefined rules as to what makes a metal album, because there are tracks with little to no distortion, or experimentation with the vocals.

Fortitude has your signature Gojira style, with the Joe Duplatier and Christian Andreu’s layered playing and pick scrapes, Mario Duplatier outer world drumming, Jean-Michael Labadie bass playing being the glue that brings everything together, and circling back to Joe and patented harsh, yet melodic vocals. But at the same time, it takes the band places that it hasn’t been before. The underlying message here is hope, the hope for change. Because of that, it’s an amalgam of a lot of things, showing how the band itself can change. But, it’s definitely still Gojira.

This is an album that will help define 2021 as being a great year in metal. It obviously isn’t for everyone, but once again, if listened to with an open mind, it will be appreciated by most. If you’ve never really gotten into the band, this might be the Gojira album for you. Not because it’s commercially palatable, but because it’s diverse enough to reach a lot of people.

Here is Gojira with "The Chant" off of their latest album Fortitude:

Followers of my Patreon page are helping put together a best of 2021 playlist. Tracks off of Fortitude have made their way onto the playlist. Want to help pick what songs make the cut? Check out my Patreon page here.

Royal Blood is a band that I found out about probably a year after their self-titled debut album came out. I’ve been hooked since. I loved that first album so much that I didn’t get How Did We Get So Dark? initially. The change in the drum sound and slightly slicker production at the time didn’t resonate. The singles made me think, of the cliché, 19 years to write your debut, sis months to write your second album. Only in their case, three years to write the follow-up. But I gave the album several shots, and then it clicked. It was me, not them!

Typhoons reminds me of a bunch of things. One is the retro approach of a band like The Night Flight Orchestra, and their ability to channel 80s music. Being able to pull in certain aspects of pop, and mainstream rock from back then, and not make it feel dated.

The other is Queens Of The Stone Age’s 2017 Mark Ronson produced release Villains. Before you roll your eyes and say “duh Josh Homme helped produce the album”, hear me out. Typhoons has that same danceability and don’t give a fuck attitude that Villains possess.  But at the same time, it’s still very much a Royal Blood album. I further this comparison to the point where the intro to a track like “Boilermaker” reminds me of the intro to “The Way We Used To” by QOTSA.

Sure Typhoons sounds poppier than anything they’ve done before, but it’s still them. It is hard to mistake Mike Kerr’s voice and his distorted bass for another band. If you’ve followed the band, you’ll recognize that right away. Ben Thatcher’s playing is still massive and Bonhamesque. But the band and Homme have produced his drums in a fashion that is reminiscent of the aforementioned Villains. It comes off closer to Dave Bowie’s Let’s Dance than Led Zeppelin IV as a result. Homme 2 Grohl 0 in my opinion.

Three albums in and they’ve yet to disappoint me. Each album is different, yet oozes Royal Blood. Much like Fortitude by Gojira, Royal Blood takes chances, while still making sure you can feel the band’s DNA all over this new album.

Would I play this album as an intro to a hard rock fan that’s never listened to them before? No, I’d go for the debut album first, and sell them on each album chronologically. Not because I don’t think this is a good album, but because I think you need to take in all the band has to offer.

Here is Royal Blood with "Boilermaker" off of their latest album Typhoon:

So many fans, critics, and bands are hung up on the term Nu Metal. I love seeing how people will always tell you how Slayer never changed their sound. Yet Diabolus In Musica happened didn’t it? Seven strings and down tuning, yet still Slayer and very much Nu Metal influenced.

Tetrarch is spearheading the new retro Nu Metal movement, and they aren’t ashamed to admit their fans of this metal sub-genre. If you can’t tell from today’s post, I love all types of music and am probably more accepting than most. I have never understood why people have to look over their shoulder to see who’s around before they can admit to liking any form of music. If just hearing or seeing Nu Metal instantly turns you off, then I feel sorry for you. Look, to each their own, but I don’t get not giving a band a shot just because someone else labeled something, or is telling you it isn’t cool. Sometimes bands evolve, or they’re mislabeled. If nothing else, I’m giving you three albums to check out!

So for those that are on the fence about giving the band a shot, let me help you. If you’re worried about hearing Fred Durst like rapping, that’s nonexistent here. What you will find on Unstable, are aspects that you’ll find in bands like Mudvayne, Static-X, Cold, and of course Korn. With most of the vocals meandering between  Jonathan Davis-like and the cleanness of what his half-brother Mark Chavez did in Adema. Nothing new, but at the same time, the mix of all of these aspects is at least to me entertaining.

What really puts things over the top for me is the guitar work of Diamond Rowe. She incorporates things you’ve heard Tom Morello, Head and Munky do in the past. But she has an extra gear where she provides holy crap moments while soloing all over Unstable. Just take a listen to the solos on “Negative Noise” or “Addicted” as proof.

I realize I’m not going to be able to sell people on what they’ve done with Unstable. But I think the album is rather enjoyable. The mix of melodies, heaviness, and great soloing make it enough for me to recommend that you check it out.

Here is Tetrarch with "Addicted" off of their latest album Unstable:

Gary Moore – How Blue Can You Get

Dropkick Murphys – Turn Up That Dial

Poverty’s No Crime – A Secret To Hide

Oceans – We Are Not Okay

Callow Youth – Straight To The End

Pain Of Salvation – BE