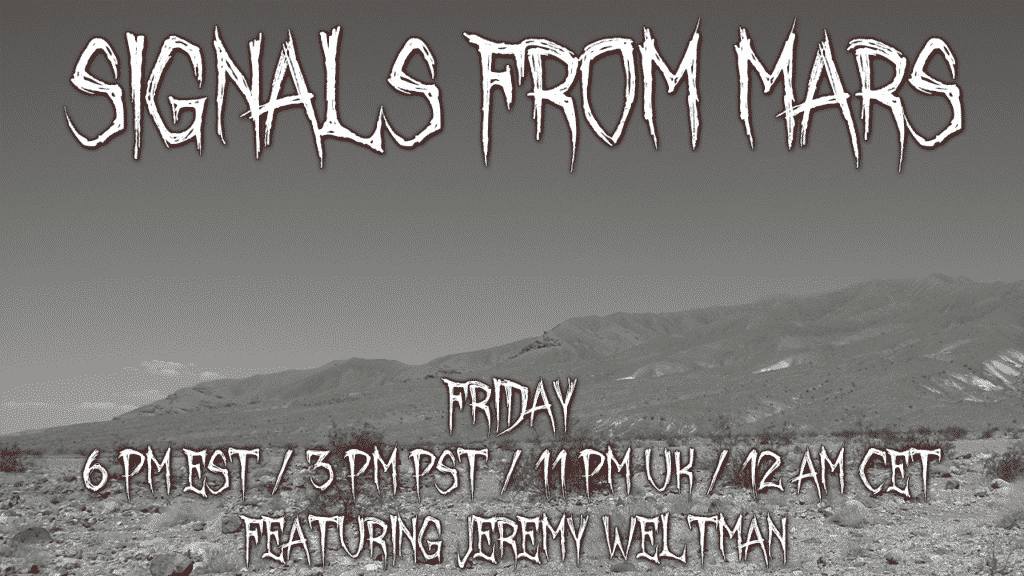 During this week’s episode of the Signals From Mars Live Stream, one of my Patrons joins the show.

Jeremy Weltman lives in the U.K. He was part of the recent Iron Maiden discussion. His insight and opinion on Iron Maiden was so different from the rest of the people involved. In his eyes, they were homegrown lads that rose through the ranks, appeared on TV, radio, and all of the metal magazines. Most of that didn’t happen in the states.

So I wanted to have a chat with him about how he got into metal, bands that didn’t make it big in the U.S. and just let the conversation take us where it needed to go.

He’s also one of my biggest supporters, sharing, liking and Tweeting about my show, my Patreon, or asking me for song suggestions. For that, I am eternally grateful. Thank you to Jeremy and anyone else that supports the show.

Want to chime in and be a part of the Livestream? Signals From Mars is on every Friday at 6 PM EST / 3 PM PST / 11 PM UK and Midnight Friday going into Saturday CET.

You can join us live every Friday at 6 PM EST / 3 PM PST / 11 PM in the UK and Midnight Friday going into Saturday CET. Signals From Mars broadcasts simultaneously on Facebook, YouTube, Twitch, and Periscope.