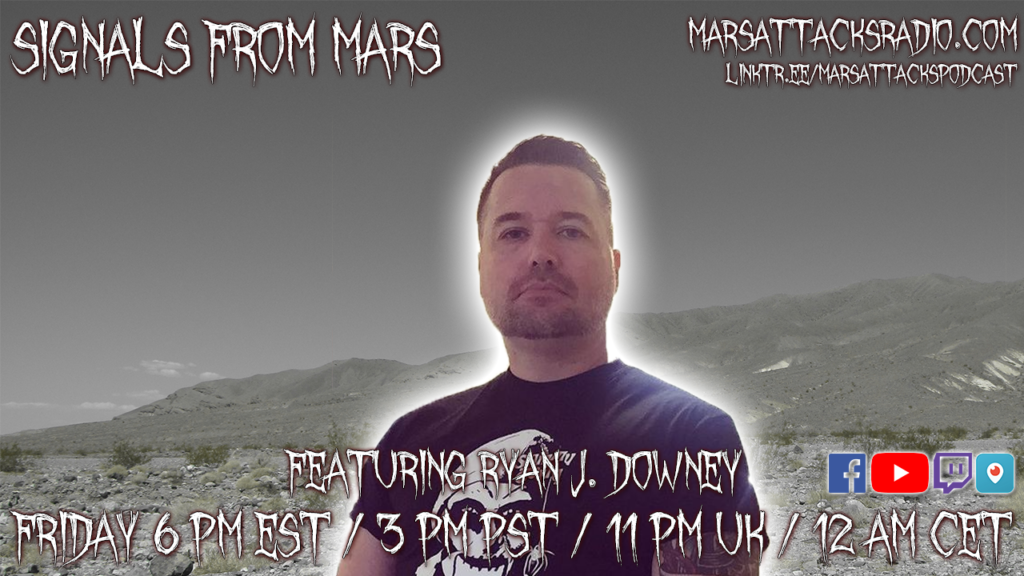 Ryan J Downey joins us during this week’s episode of the Signals From Mars Live Stream.

He hosts the Speak N’ Destroy podcast where he talks to guests about Metallica. He’s behind Stream N’ Destroy, a newsletter full of great music-related facts. Some of the things the newsletter touches upon are album sales, streaming numbers, ticket sales, and stats culled from your mom. He has co-written several books. Including They Don’t Need To Understand with Andy Biersack of Black Veil Brides. He’s managed several bands and fronted Burn It Down. But wait, there’s more! He’s worked for MTV, MSNBC, Marvel, The Hollywood Reporter, among others. He’s interviewed a ton of entertainers over the years. Musicians, film, and tv stars alike.

During the interview, we talk about Ryan becoming a journalist. Transitioning from fronting a band, to working behind the scenes with bands. How he became a podcaster. His need to compile all of the great stats contained in his newsletter. His obvious love for music. How he got that MTV gig. And that’s just scraping the surface. Believe me when I say there is a whole bunch more.

Go here to find all of the platforms where you can watch live or subscribe to the Mars Attacks Podcast or Signals From Mars Livestream.